Get ready to return to Westeros with Crave

Get ready to return to Westeros with Crave


New TV subscribers can get 50% off Crave for 3 months!

Based on George R.R. Martin’s “Fire & Blood,” the series, set 200 years before the events of “Game of Thrones,” tells the story of House Targaryen. HBO Original series House of the Dragon (18+) premieres August 21, only on Crave.

Watch the House of the Dragon Trailer 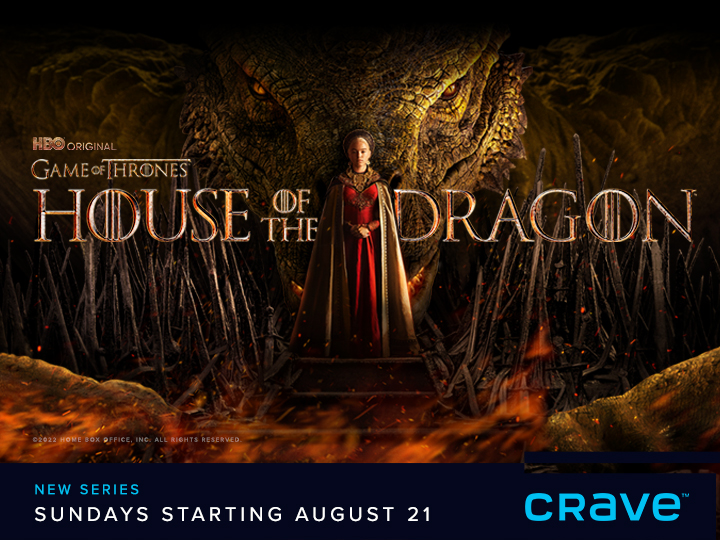 Watch what you want, when you want

With Crave enjoy the best series and movies including the latest Originals from Crave, HBO, HBO Max, Showtime, the entire HBO library and the biggest Hollywood blockbusters. Rewatch all 8 seasons of HBO's Game of Thrones (18+) and catch hits including HBO’s Westworld (18+), HBO's Barry (14+), Crave Original Shoresy (18+), and The Batman (14+) now on Crave.

You can choose how and when you watch with live channels, On Demand, online, the maxTV app, and the Crave app.¹

Get 3 Crave channels, Crave On Demand, and HBO for 50% for the first 3 months when you sign up for maxTV Stream and Internet.

Get 3 Crave and 2 STARZ channels, Crave and STARZ On Demand, and HBO for 50% off for your first 3 months when you sign up for maxTV and Internet.

¹Data charges may apply when using apps on a wireless network. Check the wireless terms of service with your provider. SaskTel wireless customers can use the mySASKTEL app to check data usage.