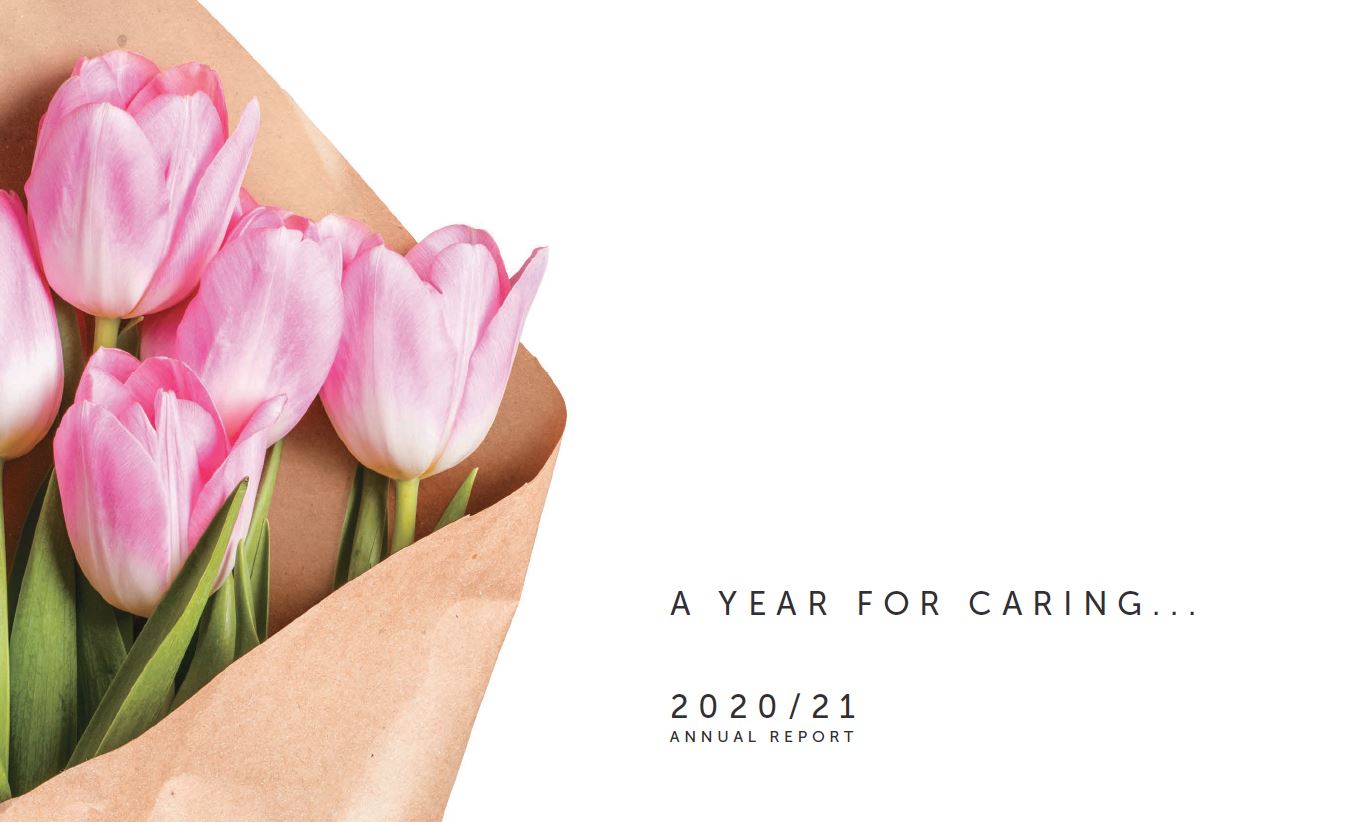 “This past year has shown that a consistent and high-quality broadband connection is of vital importance to both SaskTel’s rural and urban customers,” said Don Morgan, Minister Responsible for SaskTel. “SaskTel invested over $308 million in capital improvements to provide these connections, expand its network and plan for future demand.”

“As the COVID-19 pandemic carried on, SaskTel never lost sight of our purpose and vision: to be the best at connecting people to their world,” said Doug Burnett, SaskTel President and CEO. “The pandemic has highlighted just how essential technology is in our lives, and SaskTel will continue to evolve our business by delivering an exceptional customer experience, lead the market in broadband services, and focus on digital transformation.”

This past year was like no other, as individuals across the province adapted to new realities brought on by the COVID-19 pandemic. SaskTel’s priority became keeping our customers and employees connected, healthy and safe.

SaskTel’s financial measures are focused on creating shareholder value, generating revenue and earnings, and effectively leveraging its capital investments. These measures provide important insight into its current financial performance and overall progress enhancing its long-term financial stability. SaskTel’s Return on Equity (ROE) is above the target of 6.9%, due to exceeding our net income target of $81.8 million by $49.0 million.

SaskTel paid dividends of $110.5 million to Crown Investments Corporation during the fiscal year ending March 31, 2021, an increase of $3.3 million from the previous year. During the last five fiscal years, SaskTel paid a total of $453.9 million in dividends while maintaining a debt ratio within industry standards. 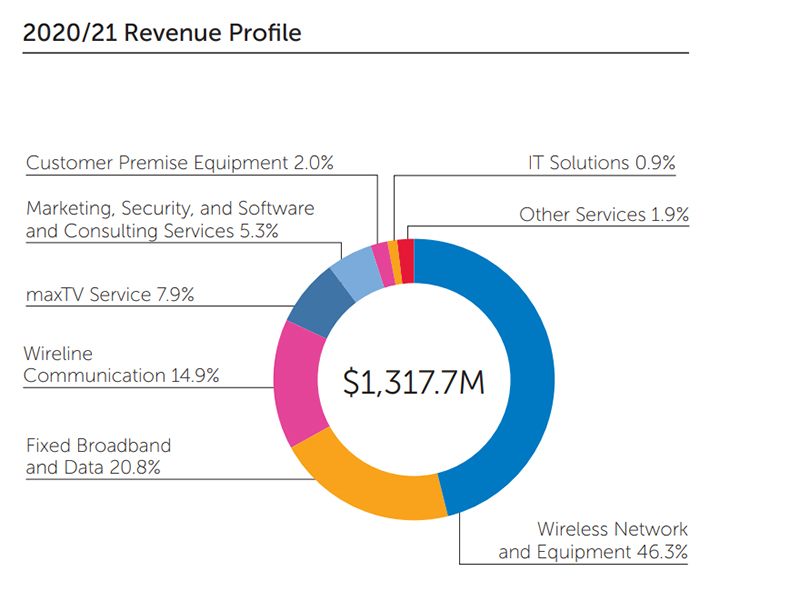 A revenue increase of $34.0 million reflects the continued wireless adoption and increase revenue from wireline growth services. This growth was partially offset by ongoing declines in legacy wireline services, and customer relief programs related to the COVID-19 pandemic. Growth in wireless revenue reflected a growing subscriber base where increased revenue in wireline growth services is a result of higher broadband and data services revenue per customer, as customers opt for higher internet speeds and more services delivered over SaskTel’s fibre network. The remaining growth was a result of increased equipment sales to enterprise customers and strong expansion in SaskTel’s IT solutions portfolio.

SaskTel’s mission to provide an exceptional customer experience begins with its North Star – broadband. SaskTel invested $308.2 million in capital throughout the year, with significant investment in network enhancements to improve coverage, capacity, reliability, and speed. 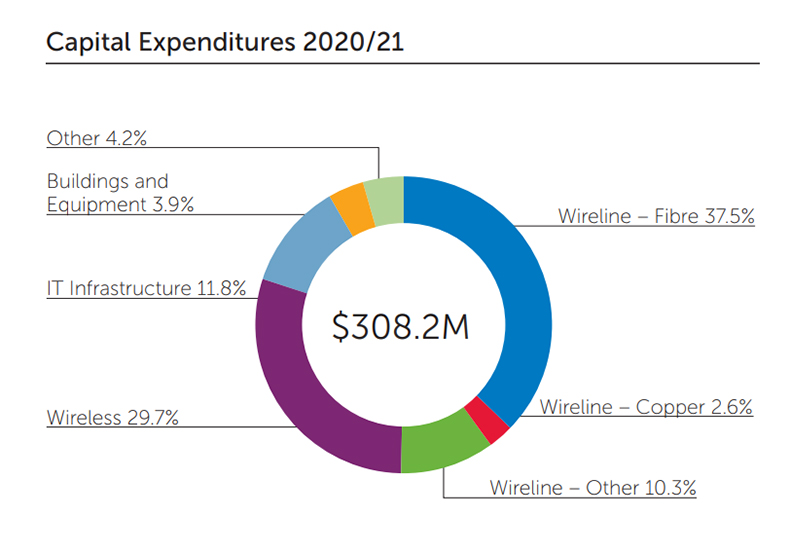 Of the $308.2 million, $283.9 million (2019/20 – $228.4 million) was spent on property, plant and equipment, including Fibre to the Premises (FTTP), wireless networks (LTE and Wi-Fi), Access Network Demand, and other network improvements while the remaining $24.3 million (2019/20 – $34.5 million) was spent on intangible assets such as customer self-serve systems, accounting reporting systems, and billing systems.

As of March 31, 2021, SaskTel’s wireless network includes nearly 1,000 cell towers, over 700 of which are located in rural parts of the province. The final phase of the Wireless Saskatchewan initiative was announced, which will add 74 macro towers to SaskTel’s network and strengthen coverage along many busy highway corridors and will enable a more consistent wireless experience for additional rural residents.

SaskTel continues to give back to community organizations province wide with a commitment to making a positive difference in the lives of Saskatchewan people. SaskTel cares, and giving back to the communities where its employees live and work remains an integral part of its corporate culture.

Throughout 2020/21, SaskTel contributed $2,502,632 to 308 non-profit and charitable organizations, community associations, venues, events, and partnerships in more than 70 communities throughout the province. The SaskTel Pioneers also contributed $281,313 in financial donations, $1.1 million in-kind donations, and more than 19,000 volunteer hours. SaskTel TelCare was proud to celebrate its 70th anniversary by announcing this year’s contribution of nearly $230,000, which included SaskTel’s 50% match.

SaskTel works with many external suppliers to provide products and services needed to operate its business and 73% of SaskTel suppliers were located in Saskatchewan, providing economic opportunities to small and medium-sized businesses.