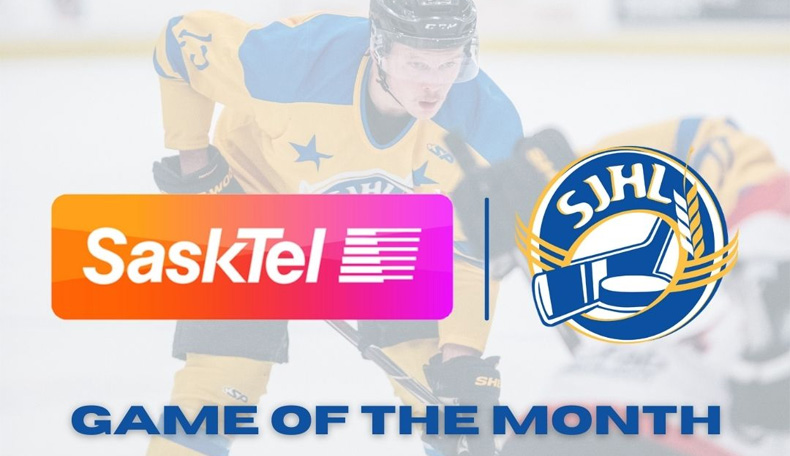 The Saskatchewan Junior Hockey League (SJHL), along with SaskTel, is pleased to announce the broadcast dates for SaskTel Game of the Month. The broadcasts will begin in November and continue throughout the remainder of the 2021/2022 SJHL regular season.

Bill Chow President of the SJHL, stated “We are excited to continue our partnership with SaskTel. The broadcasting of Game of the Month and the Showcase has provided the league with a fantastic opportunity to promote players to scouts and fans of the SJHL. With SaskTel broadcasts, the SJHL has been able to attract a larger audience throughout the regular season.”

“SaskTel is proud to once again be the sponsor of the SJHL Game of the Month,” said Doug Burnett, SaskTel President and CEO. “Some of the best junior hockey in the country is right here in Saskatchewan, and whether you’re at home or on the go, SaskTel will keep you connected to the game.”

Available in over 380 communities combined, SaskTel maxTV and maxTV Stream reaches hockey fans in Saskatchewan. Plus, with the maxTV app, SJHL fans will be able to take all the action with them wherever they go.