maxTV programming makes its mark at the 2019 Yorkton Film Festival

maxTV programming makes its mark at the 2019 Yorkton Film Festival 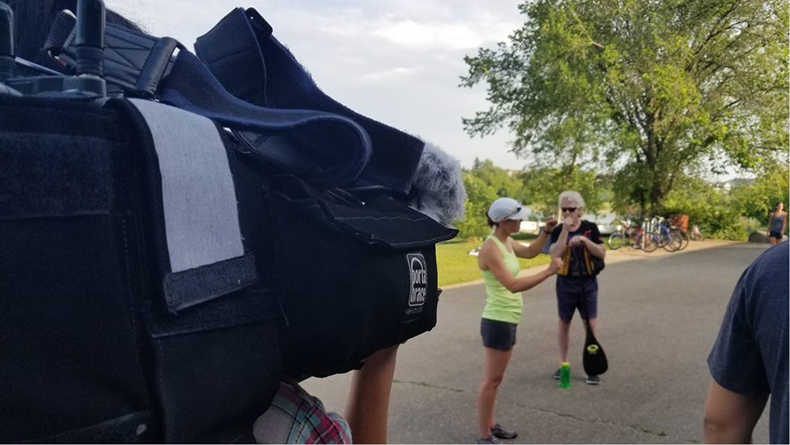 Annually, filmmakers travel to Yorkton for North America’s longest running film festival, many hoping to win one of the event’s coveted awards.

Running from May 23-26, SaskTel once again proudly partnered with the Yorkton Film Festival (YFF) to present this year’s Golden Sheaf Awards as sponsor of the 2019 Children’s/Youth Productions award. Over 140 films were nominated across 29 categories, including a handful of films produced specifically for SaskTel’s locally focused programming.

Featured on SaskTel’s maxTV Local on Demand, Ron Walsh: Blind Adventurer and Maker’s Malt: Grain to Glass were both nominated in the Community Television category - and Maker’s Malt won the award!

The two short films, created by the Saskatchewan-based film production company Bamboo Shoots, were directed by Amanda Bosiak and produced by Todd Snider.

“We are so happy to be able to show our festival-nominated work through maxTV Local on Demand, because I believe these are stories that show a really unique representation of our province, the people who live here and the really cool things they do,” Amanda said.

From initial research to final edits, both films offer colorful and diverse storylines aimed to provoke thought and inspire their audience.

On one hand, Ron Walsh is a captivating and driven character in the Blind Adventurer, who started losing his vision at 20-years old. Now 60 and legally blind, he never sacrificed his love for the outdoors and adventure. The film follows Ron on his sailing and hiking excursions through some of Saskatchewan’s beautiful lakes and terrain.


Whereas, Maker’s Malt: Grain to Glass tells the story of Matt Enns, co-founder of Maker’s Malt -- one of Saskatchewan’s first small-batch craft barley malting facilities. By providing custom malts for Saskatchewan craft breweries and distillers, he found a way to diversify his farming practice and keep his barley in the province.

“Both films were a lot of fun to create, and each year we look forward to having the opportunity to show the province our work, whether it’s on maxTV or at the film festival,” Amanda said.

Since 1997, SaskTel is proud to help showcase local film talent like the numerous projects from Bamboo Shoots through the continued sponsorship of the YFF.

“SaskTel is dedicated to its community involvement, and the Yorkton Film Festival presents an excellent opportunity to not only give back Saskatchewan’s arts and culture community, but also connect people across the province in a unique way, through the camera lens,” said Lindsay Mazenc, Community Relations Manager.

For more coverage on the Yorkton Film Festival and a full list of award winners, please visit the festival website.

Have a great idea for maxTV Local on Demand content. Click here to learn how you can get your idea on the air!